What does Spirit think of suicide?

A woman on one of the FB groups I frequent had a question regarding legalized, end-of-life, assisted suicide. She wanted to know what we thought the "heavens" think of all that as so many religions disapprove of and even condemn suicide. She was asking the psychics in the group specifically what they thought but that didn't stop the rest of us all from having and giving our opinions. :)

This is my take on it (for the moment, my beliefs and my spirituality are ever changing):
Many who have had Near-Death Experiences (NDEs), ex. Anita Moorjani, Eben Alexander, etc. say that there is absolutely no judgement on the other side of the veil, only complete acceptance and unconditional love unlike anything we can even imagine here on Earth. 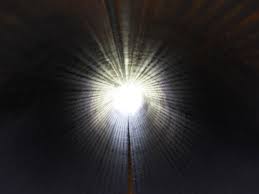 All judgment seems to happen here, in human minds. I'm not psychic nor have I had an NDE, however, it seems to me that religious beliefs are mostly human interpretation of divine messages received by other humans. And most religious doctrines come from documents written by other humans.

Even if the messages and documents are channeled, as I'm sure they are, they've come through a human vessel. That person who received the message and/or wrote the document lived in a certain body (male or female), at a certain time in history and came from a certain culture. All of those elements colour the message that they received. Like air moving through different organ pipes make different sounds yet the air creates ALL of those sounds so none can be said to be the "correct" one that represents the air. Air is so much more than just the different sounds it can make through even a multi-piped organ.

I guess I don't believe human brains can ever capture the entire story that just "is". All that means to me is that our holy words and religious scriptures are not God's word. They are only a representation of that word because God/the Universe/Source/The Light/whatever you like to call it... IS the word and cannot ever be represented in its entirety in any Earthly form.

Our thoughts, feelings, beliefs and words are not enough to express that being. And if there is any judgment in our version of Spirit (toward suicide, toward someone who has a particular sexual orientation, etc. ad infinitum) then I think it is the vessel through which the air is passing that is to "blame" for that judgment and not the air itself. Air just is.
Posted by Kelly Roughton at 23:46 No comments:

Kelly Roughton
I'm interested in all things related to emotional, mental and spiritual healing and well-being, especially EFT. I love to read books on those subjects and to contemplate metaphysical ideas. Sometimes I like to share my thoughts about those things, too. I'm human, I can be dead wrong, I sometimes change my mind, I am opinionated, I am also impatient so don't expect perfection here. :)